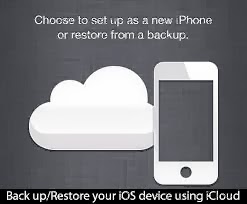 Ironically, one of the most well-designed features of the iPad is one that you can only fully appreciate when you upgrade to a new iPad. Apple's iCloud Restoral process has made moving to a new iPad (or iPhone) easy as pie - as a veteran of numerous Painful PC Upgrades I was truly appreciative of their efforts. Moving to the new iPad Air required nothing more difficult than plugging in my new iPad and typing in a few passwords!

Of course, you must have an iCloud backup from your prior iPad to be able to do the restore! So the key to a simple set up occurs on the old device, not the new one - see the prior post on backing up to iCloud as you prepare your iPad for a transfer of ownership.

With a good iCloud backup your apps, data and settings all get restored to your new iPad.  Even your wallpaper and the positioning of your icons on your home screens are replicated to your new device!

The most important part comes right at the beginning after turning on your new iPad.  You will see this screen:

You must select the "Restore from iCloud Backup" option. If you're not alert, it's easy to choose the "Set up As New IPad", which sounds intuitive, but will result in a fresh start and won't restore your apps, data and settings from your old iPad. Just think: "Restore, Restore, Restore" amidst all the excitement of turning on your new device! 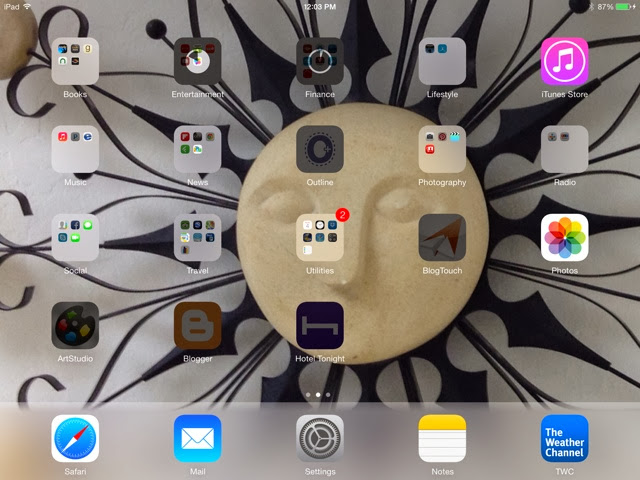 The restore will then commence, and it's fun to watch as it proceeds. Apps/folders that haven't been restored yet will be a darkened color, and will return to their normal bright look once restored. As the restoral is in progress for a given app/folder, you'll see a circle icon and can watch the progress as it proceeds (note the Entertainment and Finance folders in progress on the screenshot).

You will in some cases be prompted for password, for example when restoring secured iTunes songs. This was the only part of the restoral process that was a bit confusing. At some point I was prompted to put in passwords for my sons' Apple IDs (which I couldn't do since I didn't know the passwords). In these cases I clicked Cancel and the restoral preceded.

Later however, when I would turn on my iPad, again it would still prompt for these passwords. Going into Settings, my iPad had "not completed" the restoral (in its mind) with this "to do" still open. The problem: the new iPad would not do further iCloud backups until the restoral was "done". So at that point my new iPad was vulnerable if something happened. After I was able to track my sons down and get them to enter their passwords I was good, and  backups began to commence as normal.

Related:
Selling /Gifting Your iPad?  How to Prepare

Email ThisBlogThis!Share to TwitterShare to FacebookShare to Pinterest
Labels: Configuration, Getting Started, iCloud