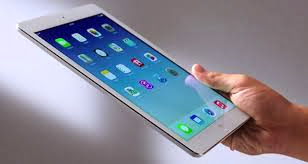 Walt Mossberg, the Technology Columnist of the Wall Street Journal, has high praise for the new iPad Air in his recent review.  The improvements are significant, and make a fine product even better in his opinion.

He cites these upgrades to the iPad:

In his words: "the battery performance of the iPad Air simply blew me away...clocking a battery life of 12 hours and 13 minutes, which exceeded Apple's claims by more than 20%."

He concludes: "If you can afford it, the new iPad Air is the tablet I recommend, hands down."