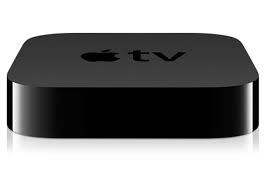 I was disappointed in my first tests with Apple TV.  Yeah, wireless streaming was cool, but the image was not.  The iPad's mirrored image was small on the screen, with black border "pillar boxing" covering a good part of the screen. Frankly, I was ready to return the device.  But after more testing, I found relief - the black borders may not be entirely removable, but a simple setting change can minimize the pain.

Part of the problem comes with different aspect ratios between your iPad and TV.  Typically, your iPad will have a 4:3 aspect ratio and your TV will be 16:9.  Making sure your iPad or iPhone is in landscape mode when you mirror can help with this issue, but may not totally eliminate it.

What helped most for me was turning off the Apple TV Overscan setting.  Many network signals deliberately "overscan", sending a slightly bigger image than will fit on your TV, ensuring your whole screen is filled, but also perhaps truncating a small portion of the image.  To counter this effect, Apple TV does the opposite, shrinking the image to avoid the top or bottom being cut off when you mirror to your TV.  The result: a small picture and lots of pillar boxing.

An Apple TV setting change lets you turn off this Overscan effect, as shown here. 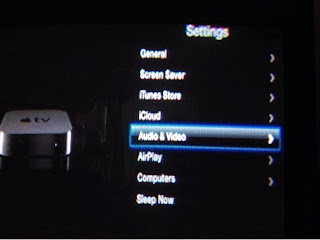 1. In Apple TV, click on Settings, then Audio & Video 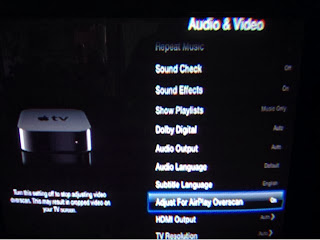 2. Find the Adjust for AirPlay Overscan setting (default is ON) 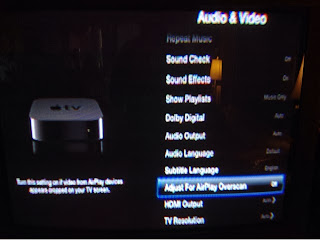 3. Turn OFF Adjust for AirPlay 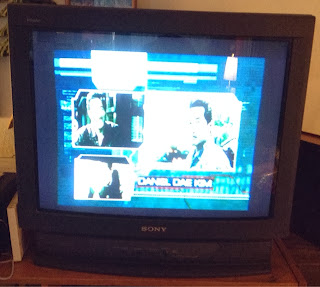 After: Adjust for AirPlay Overscan setting OFF. Black border "pillar boxing" reduced (but not eliminated). 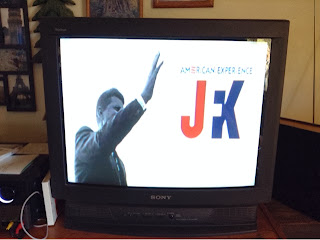 In summary, the Apple TV streaming image, when too small for taste, can be made somewhat larger with an adjustment to the AirPlay Overscan setting.  As annoying as this smaller image is, it is not across-the-board, but app-dependent.  Still, it is something to consider when evaluating Apple TV for your home.

Related:
Apple TV: How to Set Up for Older TVs